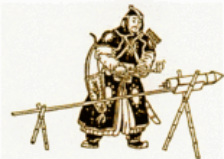 Early scientific findings....Gun Powder
Situated in eastern Asia，and on the western shore of the Pacific Ocean, the People’s Republic of China covers a land area of 9.6 million square kilometers, with an inland and coastal water area of more than 4.7 million square kilometers and an eastern and southern continental coastline extending for about 18,000 kilometers. Its vast maritime territory is studded with 7,600 islands, of which Taiwan is the largest with an area of 35,798 square kilometers.  China shares common borders with 14 countries and is adjacent to 8 nations on the ocean. There are 4 municipalities directly under central government administration, 23 provinces, 5 autonomous regions and 2 special administrative regions. The capital city is Beijing.